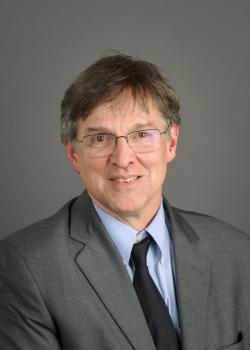 Richard P. Dutton, M.D., M.B.A., is Chief Quality Officer for USAP. In this role, Dr. Dutton leads the committee responsible for data analysis and performance measurement using the collective data and evaluations of all USAP practices to improve patient safety and clinical outcomes.

Dr. Dutton is a widely recognized leader in anesthesia quality management. Since 2009, he has served in clinical leadership positions with the American Society of Anesthesiologists (ASA), including Chief Quality Officer and Medical Director of the Anesthesia Quality Institute (AQI). Prior to USAP, he served as Chief Quality Officer for ASA and as the founding Executive Director of AQI. The AQI maintains the largest anesthesia registry in the country. Aggregated data in the registries is used to create educational materials, quality management benchmarking, academic papers, comparative effectiveness research and reports for ASA officers and committees to use to improve the quality of patient care.

Dr. Dutton completed his undergrad at Harvard University; his medical training at Tufts University School of Medicine and earned an MBA from the University of Maryland. He completed his residency in anesthesiology at Massachusetts General Hospital in Boston and served as an attending anesthesiologist at the National Naval Medical Center while on active duty in the United States Navy. In 1994, Dr. Dutton joined the Faculty at the R Adams Cowley Shock Trauma Center of the University of Maryland, where he served as Director of Trauma Anesthesiology and Director of Clinical Operations. Dr. Dutton was promoted to the rank of Professor in 2009, based on his work in trauma system design. He continues to serve on numerous ASA and federal committees working to develop measurements for anesthesia performance, perioperative patient experience and new models of healthcare.