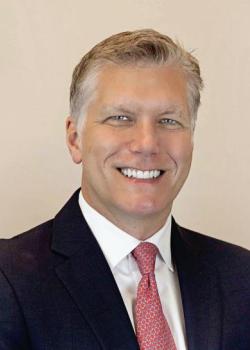 Dr. Westerheide was elected to the North Texas Clinical Governance Board in February 2022 and is serving his first term. After graduating from the Six Year Combined Baccalaureate/Doctor of Medicine program at the University of Missouri-Kansas City, Dr. Westerheide completed an internship in Internal Medicine and a residency in Anesthesiology at the University of Texas Health Science Center San Antonio. He served four years on Active Duty in the United States Air Force, resigning his commission as Major in 1996, in order to enter private practice in North Texas.

For the past 26 years, Dr. Westerheide has been a physician partner in the Anesthesiology practice which would later become USAP, serving in leadership roles as Division Manager of the 54-physician Arlington Division, and Chief of Staff of USMD Arlington Hospital. During the two years spanning 2007-2009, he served on sabbatical at the University of Auckland Hospital in Auckland, New Zealand, as a visiting Anaesthetist with both clinical and didactic roles for the medical students and registrars, eventually becoming a permanent resident of New Zealand as well. Dr. Westerheide lives in Dallas and is married with two children.